A campaign by Tom and Zaia Kendall

A campaign by Tom and Zaia Kendall

Support Tom and Zaia Kendall with Daniele Bettini and Anne Blanc, to establish a Permaculture Research Institute Master Plan site in Luganville, Vanuatu. The site will be a permaculture demonstration site where we will run PDCs and longer term practical experiences for local people.

'We aim to show them that they have such wonderful traditions and such an abundant natural environment, that they will be able to support that abundance by learning how to work with nature in the Permaculture way.'  Zaia Kendall 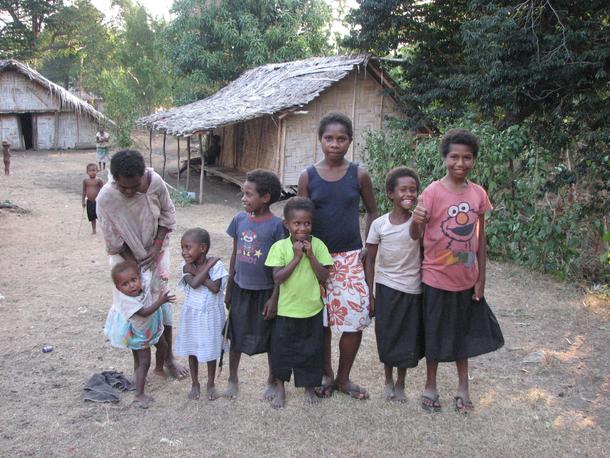 In 2013 Tom went to Vanuatu to teach a PDC Course to 10 local students who took this knowledge back to their villages. He returned in 2014 on a sponsored visit to do more trainings, and again saw various problems on the islands which he felt inspired to find solutions for. 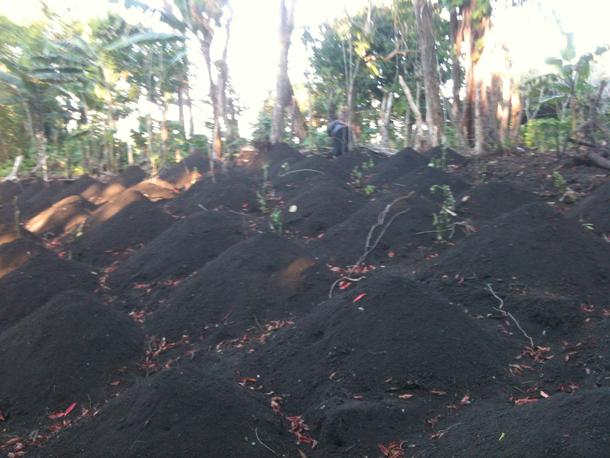 Topsoil is disappearing at alarming rates — the locals do a lot of burning of organic material. 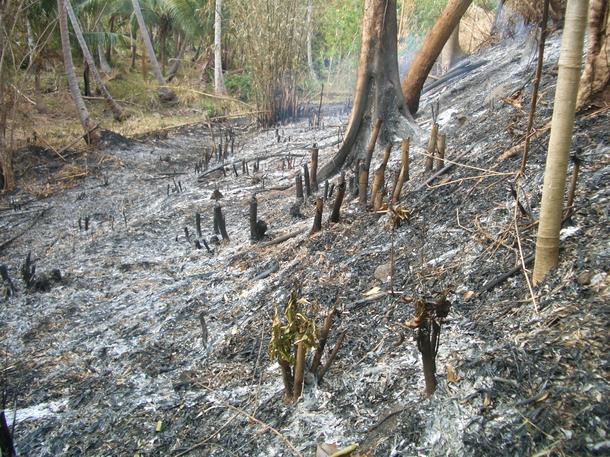 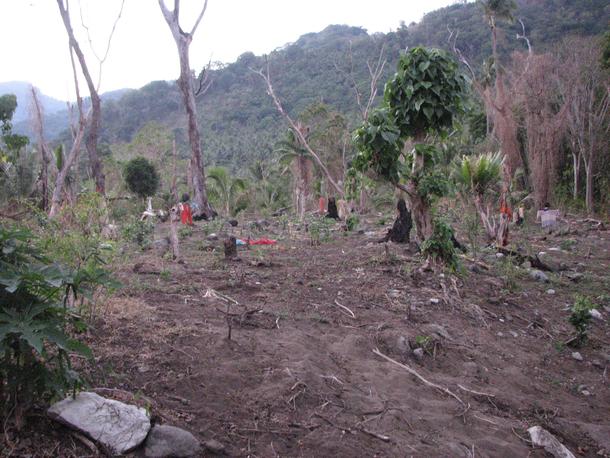 Due to villages moving from forests to beach (due to the urging of Westerners), their food sources are sometimes many hours away. Their diet consists mainly of root vegetables, some canned meat or fish and white rice, with very little greens. They have a diabetes epidemic, with people in their early twenties dying or getting limbs amputated. Protein sources have diminished, as the ocean is being fished out and they do not kill as many wild fowl as they used to. The health of the population is severely declining. 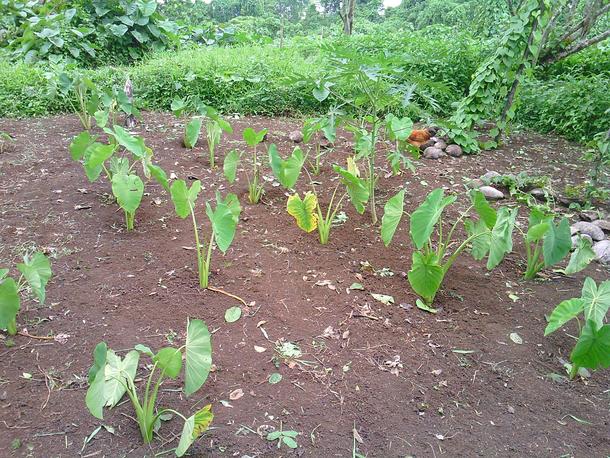 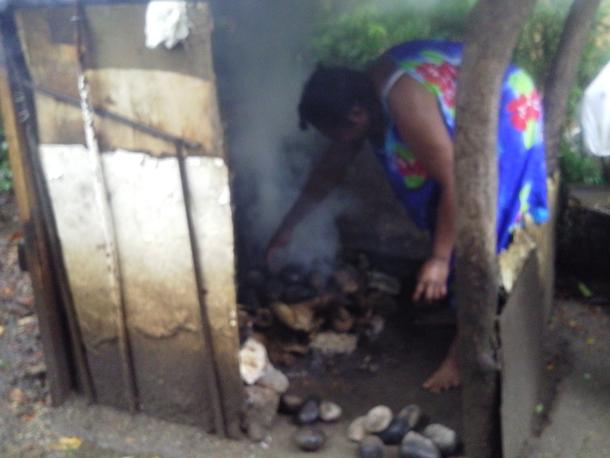 This rapid change to mono-culture cash-crop cultivation (eg. peanuts), previously not grown on the islands, is leading to deforestation and degraded soil and soil loss are becoming a big problem. We saw the lack of diversity in the diet, and believe that diversity in the gardens will lead to diversity of food consumed and better health. 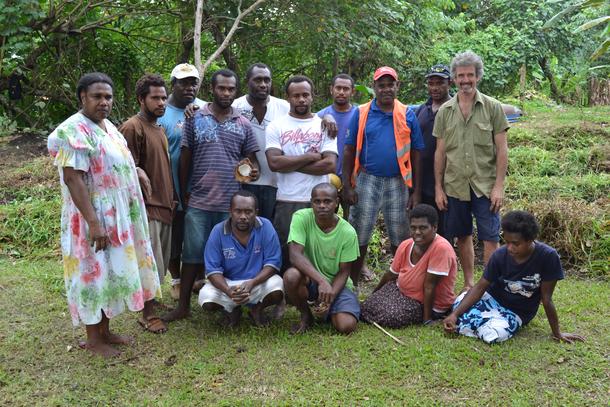 To help educate and empower local Ni-Vanuatu people, we are going to start a PRI in Luganville. This will be a Permaculture demonstration site where PDCs and longer term practical Permaculture experiences are run for local and international people. The aim is that International students will provide the financial support for the Institute to be able to sponsor local people. This will be the first PRI site in Vanuatu, as we would like to establish another one in Port Vila in the future. 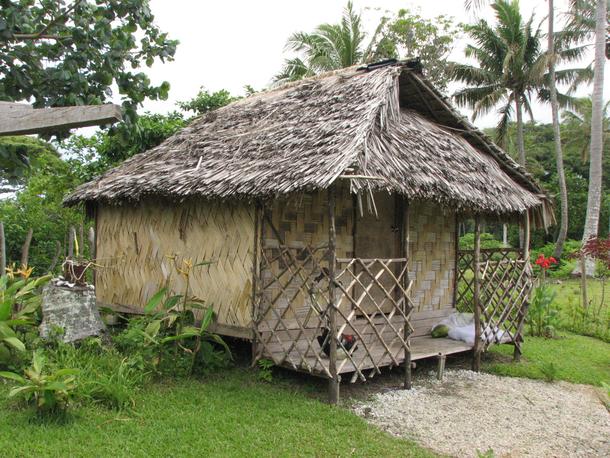 The site will be set up with buildings that are traditional to the villages (bamboo walls, thatch roofs, elevated bamboo and/or dirt floors). This is to show the local people that their style of building works for their environment — they are sustainable and easily rebuilt, should a cyclone destroy them and work for their climate, passively cooling and heating the house. 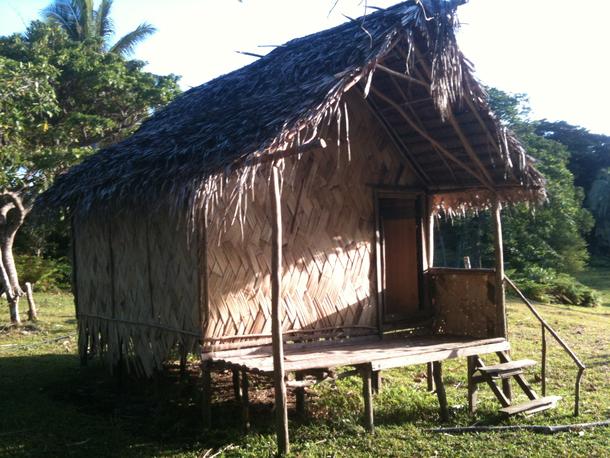 A simple bamboo hut like the one pictured above, costs around AUD$400 to construct, employing local resources and people. The fact that it needs to be rebuilt after some years means there is constant employment for the community (who build these houses together).

This will also show people that Western style buildings (with their imported concrete and bricks) are not something they need to strive for. We aim to show them that they have such wonderful traditions and such an abundant natural environment, that they will be able to support that abundance by learning how to work with nature in the Permaculture way. Discussions have been had with government representatives who are very keen and excited for this project to go ahead.

Vanuatu (previously known as the New Hebrides Islands) is an archipelago nation consisting of 83 islands in the southwest Pacific Ocean, north of New Zealand and east of Australia. It became independent from France and the UK in 1980. Its over 256 000 people speak more than 100 local languages.

Climate: tropical; moderated by southeast trade winds from May to October; moderate rainfall from November to April; may be affected by cyclones from December to April 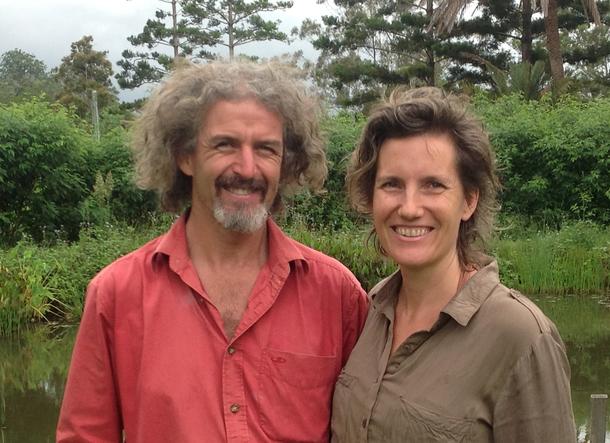 Tom and Zaia Kendall run the Permaculture Reasearch Institite Sunshine Coast. A place for people who are aware of the need for change in the world, the PRI Sunshine Coast is an educational facility that encourages change to a sustainable, self reliant and abundant lifestyle to benefit self, others and the earth. PRI-SC teaches Permaculture without any spiritual connotations and combines Bill Mollison's and Geoff Lawton's teachings with Tom Kendall's lifelong agricultural and self reliance experience.
For more about Tom and Zaia please go to http://permacultureluganville.org/about/ 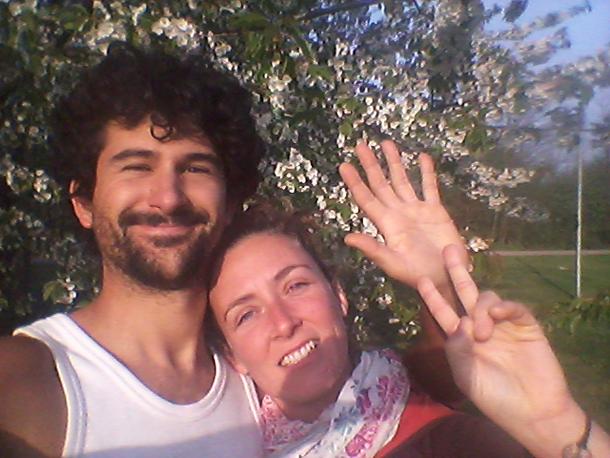 Daniele Bettini and Anne Blanc did their PDCs with Tom Kendall at the PRI Sunshine Coast, Dani in 2013 and Anne in 2015. Dani volunteered at PRI Sunshine Coast for 7-8 months, Anne for 5-6 months, impressing Tom and Zaia with their skills, work ethics and positive attitude. When Tom and Zaia were looking for people to start the Luganville PRI site, they came immediately to mind and when it was suggested to them, they jumped at the opportunity. They have been working to fund their trip since their return to Europe earlier this year. Dani has a wealth of experience working with NGOs in different countries in need and is keen to do his part in helping the Ni-Vanuatu people through Permaculture.
For more about Dani and Anne please go to http://permacultureluganville.org/about/

What we need at this stage:

We have so far sponsored ourselves to be able to get things in motion and have been given a 10 hectare piece of land near Luganville by a wonderful local couple who are keen to support our vision. We have now found that we are unable to get the initial phase of this project off the ground without financial support. We are meeting late June in Luganville with 3 of Tom's PDC students who will be taking on the initial setup and running of the site and need the following (figures in AUD): 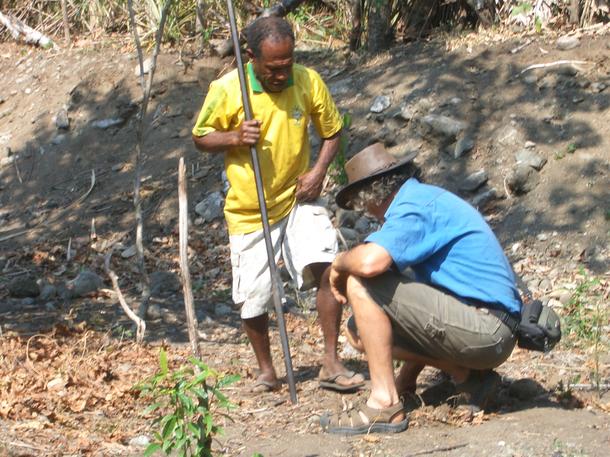 How can you help?

THANK YOU! All support is greatly valued and appreciated!!! Any excess funding will be used in further support of the PRI Luganville site. You can also contact us directly at info@permaculturesunshinecoast.org if you would prefer to contribute or donate in a different way. 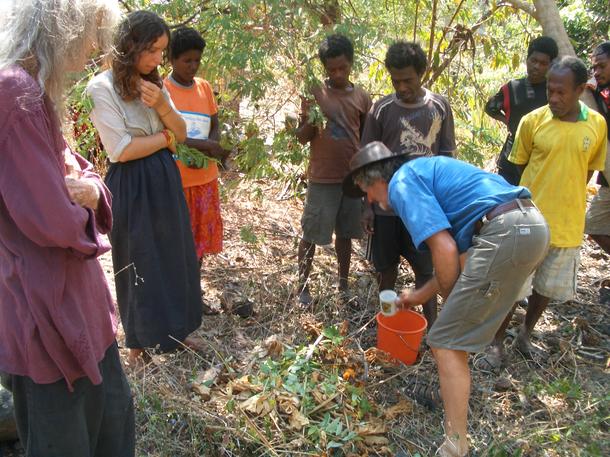 Vision for the future:

The idea is to establish the demonstration site with as little dependency on cash injections as possible. To keep this project sustainable it needs to be self-funded (by running PDC's and other courses) and independent - using locally available resources and skills.
We aim to have the project managed by locals within 3 years, handing over the managing of the site and courses, whilst continuing to oversee, advise and support as needed. 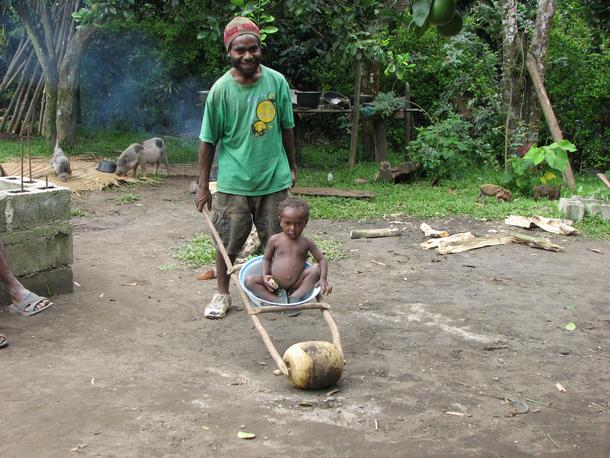